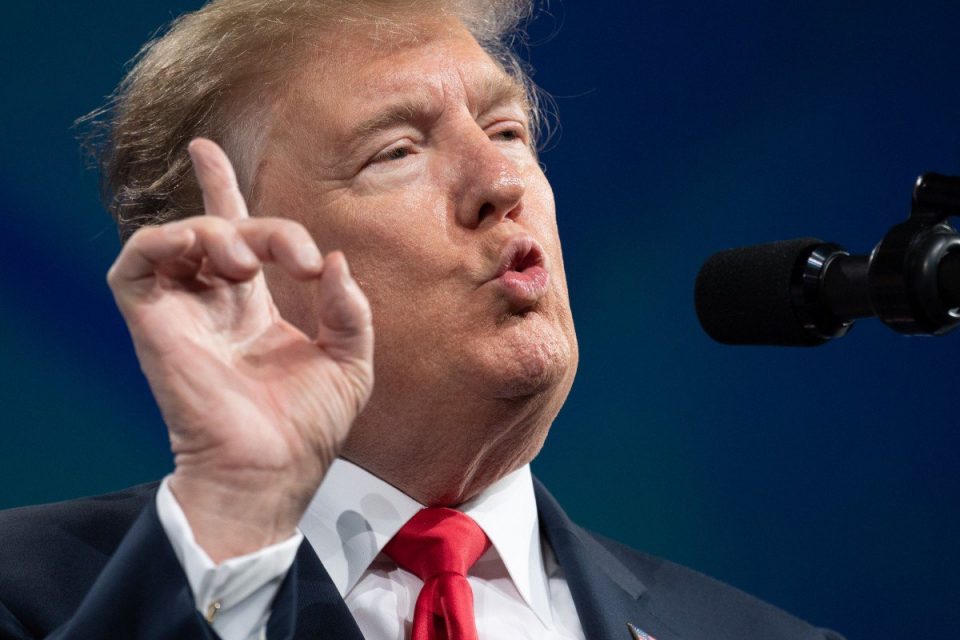 Illegal immigration is a major problem in the country and getting worse by the day.

While average American citizens are thrown in jail for even minor infractions, many illegals are given a free pass to break the law at will.

However, Donald Trump has announced he will be cutting taxpayer funding for those who allow illegal immigrants to commit crimes.

We’ve all seen the news stories.

“Illegal immigrant convicted of rape after being released from county jail.”

“Illegal kills 9 after being released from city jail on felony drug charges.”

“Mother and daughter kidnapped and gang raped by this gang of illegal immigrants, city says they won’t hold them.”

Every day we hear cases of illegal immigrants who – already in violation of the law – commit more crimes, knowing they’ll never be prosecuted since they live in “sanctuary” cities.

In addition, these jurisdictions have actually released known murderers and violent criminals back into society – all while raking in billions in federal taxpayer funding.

But finally there may be a price for the lawlessness of these politicians as President Trump announced he will begin withholding federal funds from sanctuary cities.

Since taking office, Trump has tried multiple times to slash law enforcement grants for jurisdictions that violate federal law and refuse to cooperate with ICE and other federal officials.

His efforts had been thwarted by court challenges at every turn –until the 2nd U.S. Circuit Court of Appeals in New York ruled in favor of the administration and said funding cuts were constitutional.

In response to the ruling, Trump sent out a tweet announcing he will be moving forward with the cuts.

“As per recent Federal Court ruling, the Federal Government will be withholding funds from Sanctuary Cities. They should change their status and go non-Sanctuary. Do not protect criminals!”

But that isn’t all the Trump administration has planned.

In an effort Attorney General William Barr describes as a “significant escalation,” the administration will also be filing lawsuits and issuing subpoenas against sanctuary jurisdictions.

While Americans hold very different views on the immigration policies of our nation, one thing is clear – jurisdictions that violate federal laws should not be receiving federal funding.

This is a good first step and we here at Deep State Journal applaud these efforts to rein in rogue localities by cutting their federal funding.