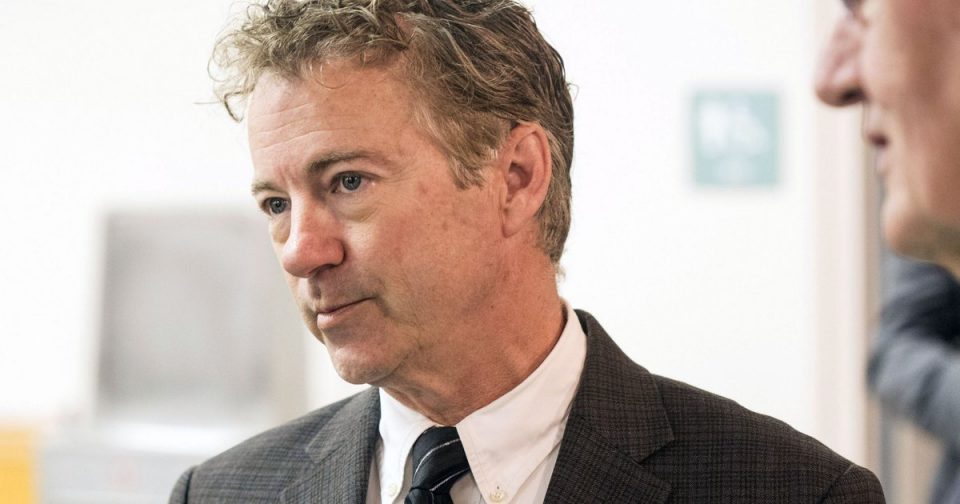 It’s becoming crystal clear that the Obama administration misused and abused the surveillance system to spy on Donald Trump.

Unfortunately, the system is set up to facilitate such abuse and spying on American citizens.

But Senator Rand Paul is working to reform and rein-in the FISA spying apparatus that went after Donald Trump.

For the last few days, #Obamagate has been taking social media – and even mainstream media –by storm.

Obama’s administration and the Deep State operatives launched an all-out effort to destroy Gen. Mike Flynn, President Donald Trump, and anyone else they could hang so-called “crimes” on.

Of course, much of that power comes from the use and abuse of arguably unconstitutional FISA warrants.

FISA was introduced by Senator Ted Kennedy and signed into law by President Jimmy Carter. The law itself was crafted in closed-door meetings between Senators, Congressmen, and members of the Justice Department.

The act was supposedly created to provide both judicial and congressional oversight of the federal government’s covert surveillance activities on foreign entities and individuals within the country while still maintaining the secrecy needed to protect national security.

Since the September 11th terrorist attacks on the U.S., FISA has been amended and updated to give the FISA courts more power and the government more control.

And the ability to spy on American citizens.

It has also resulted in the worst scandal in American history, #Obamagate.

That’s why Senator Rand Paul (R-KY), Senator Mike Lee (R-UT), and others are working to reform FISA and stop its reauthorization.

Now, Senator Paul is prepared for yet another attempt to reform the FISA program.

He has just introduced an amendment to H.R. 6172, the USA FREEDOM Reauthorization Act of 2020, to rein-in the FISA courts and stop the illegal spying on American citizens.

His amendment would protect every American’s privacy, ensure due process, and reassert the Fourth Amendment of the Constitution.

According to a media advisory from Senator Paul’s office:

“Senator Paul’s amendment would still allow the Foreign Intelligence Surveillance Court (FISC) to order surveillance of non-Americans and our enemies, but it would require the government to obtain a warrant from a traditional federal court to surveil an American.”

We at Deep State Journal applaud Senator Paul’s efforts to amend the FISA reauthorization bill and to protect American citizens.

This amendment is a good first step to eventually repealing FISA in its entirety.

That’s why we call on all our readers to immediately contact their Senators at 202-224-3121 and demand they vote for Senator Paul’s amendment to H.R. 6172.