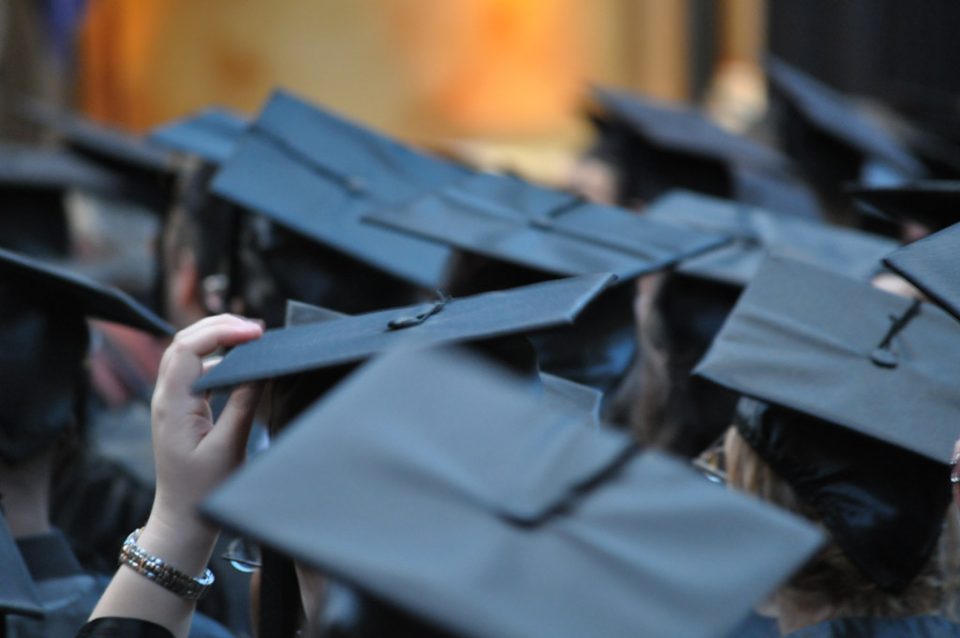 “Defund the Police” is a radical, socialist “reform” sweeping through some parts of the nation following the death of Minnesota native George Floyd at police hands.

There is literally nothing more dangerous in American society than anarchists trying to take our valued police forces off the street. Imagine how much crime will spike if that happens.

And now this “defund the police” nonsense has officially leaked into our education system because students from this prestigious university are calling for total abolishment of campus police.

It’s pretty clear that the anarchists are controlling the narrative, particularly in the liberal mainstream media, where they consistently show police brutalizing rioters while refusing to show those same people instigating the situation.

There are consequences when you vandalize a federal building. That’s what’s happening in Portland, Oregon right now. They’ve manipulated the narrative into demonizing police officers when they’re just doing their job.

Meanwhile, this toxic discussion of “defunding the police” has spread nationwide and is now bleeding over into our higher education system.

According to a report by College Fix, fifty student organizations and over 1,000 students and faculty at Duke University are calling for the campus police department to be abolished in the aftermath of Floyd’s death.

These students argued the campus police department is rooted in “slave patrols.”

The nine-page letter insists that Duke University “must imagine a world beyond police.” Clearly, they can’t see the forest through the trees because the reality they’re referring to comes with unchecked rampant crime.

The letter begins: “We are Duke’s Black Coalition Against Policing (BCAP), a group of students that arose in response to the state-sanctioned murders of George Floyd, Breonna Taylor, Tony McDade, Rayshard Brooks, and countless others by police officers. Following the 2014 murders of Eric Garner and Michael Brown, we witnessed a series of reforms that have ultimately failed, as they have only inflated police budgets at the expense of Black, Brown, and Indigenous communities. Let us state this unequivocally: originating in slave patrols, policing is inherently rooted in white supremacy and cannot be reformed. Thus, the only avenue towards justice is abolition. Now, we must imagine a world beyond police and prisons, one that seeks to heal and rebuild our communities from generations of systemic violence.”

How exactly are Duke University’s campus police rooted in white supremacy again? You can claim that but wouldn’t it be a good idea to explain how you reached that conclusion?

That is so completely irresponsible for students and faculty at one of America’s supposedly elite universities to make outlandish claims without backing them up with facts that prove the argument.

This whole letter is nothing more than a poorly formed opinion and yet the 50 organizations, and 1,000 students and faculty who signed onto the letter, act as if this message is rooted in fact and logic. That’s utter nonsense and the worst part is they should know better. They are “Dukies” after all, they are supposed to be smart and elite or something.

The petition concluded, “Black lives matter, and protestors have a right to peacefully fight for justice. In agreement with a similar petition from Georgetown faculty, The Corp and GUSA—as institutions built to care for and protect student needs—and with the signatories, urge the university to establish Georgetown’s main and downtown campuses as sanctuary spaces, open to protestors and closed to external police or security forces.”

These Duke students and faculty think they can police themselves. That’s fine. Let them try it. But when they bemoan how terrible things have gotten when the campus police are no longer there, we can easily look them in the eye and say “I told you so.”