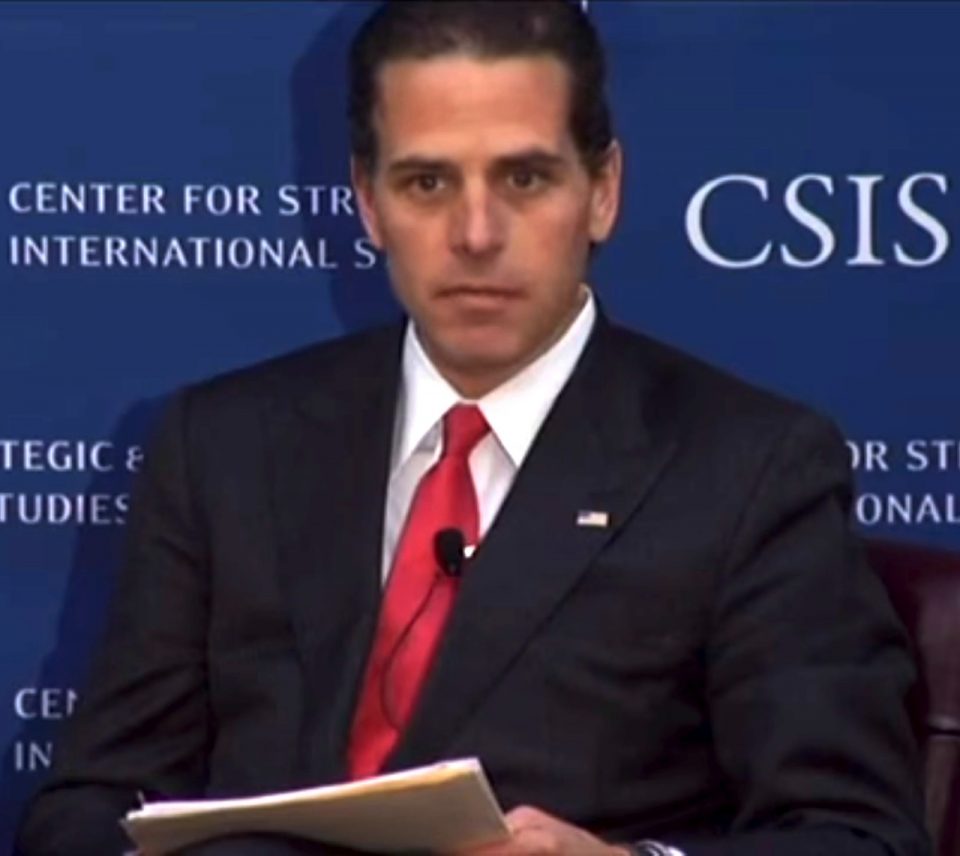 With the 2020 election only days away, Joe Biden, Hunter Biden, and the whole Biden clan are coming under intense scrutiny.

With each passing day it seems the alleged corruption and depravity of the Biden family, especially Hunter, knows no bounds.

Now even the mainstream media has been forced to take notice with the latest news about Hunter Biden shaking up the nation.
From risqué photos with underage call-girls, to inappropriate pictures with his niece.

From influence peddling, to possible FARA, FISA, and other violations, the Biden family’s tentacles seem to extend everywhere.

Just this week, the Department of Justice announced its active and ongoing money laundering investigation into Hunter Biden and his business associates.

There are also reports coming out that the Hunter Biden scandal doesn’t just involve Ukraine and Communist China but the Arab/Middle East as well.

Our sources on Capitol Hill and close to the ongoing DOJ investigation say potentially damaging questions are being raised regarding Hunter Biden’s connections to a shady global businessman, Husam “Sam” Jauhari.

A naturalized American citizen who holds Venezuelan and Lebanese citizenship, Jauhari is one of several Middle Eastern Democrat Party moneymen who have reached their “dirty hands” into the pockets of American taxpayers and have profited handsomely from their deep ties to the Democrat Party.

But Jauhari also runs a series of massage parlors that allegedly provide “happy endings,” causing some authorities to wonder if he’s connected to sex trafficking operations in Asia and Eastern Europe.

He is also well-known for his open support of Hezbollah, Hamas, the Muslim Brotherhood, and the U.S.-sanctioned Iranian Revolutionary Guard (IRGC).

However, Libya is where Jauhari has focused most of his financial attention, and it is Libya where Hunter Biden comes into play.

Jauhari was heavily involved in the efforts to lobby the U.S. government to unfreeze Libyan assets that had been frozen following the Lockerbie plane bombing in 1988.

More than $30 billion was frozen in U.S. banks alone. According to European and Libyan bankers, Jauhari was set to receive 5% of successfully unfrozen assets, as was his business partner, His Royal Highness Mohammed Al-Rahbani.

Just unfreezing the Libyan assets in the U.S. would net Jauhari $1.5 billion.

Jauhari worked hard at this effort holding meetings in France, Libya, the UAE, and the U.K.

So here is Husam Jauhari, an American citizen lobbying on behalf of a foreign nation, had allegedly funneled millions through various proxy individuals, gave knowingly and unknowingly to Democrat and Republican officials, and was in violation of FARA, FCPA, and campaign finance laws.

And yet Hunter Biden still agreed to meet with Jauhari in 2015 to discuss unfreezing Libyan assets.

According to leaked messages from their meeting in Washington, DC, Hunter wanted a minimum of $2 million per year with no contingencies. Hunter Biden wanted to be paid – and paid well – no matter the outcome or if he even lifted a finger on the project. His kind offer was eventually rejected.

Sam Jauhari is the kind of man that makes some on Capitol Hill wonder why we’re talking about the Russians hacking the U.S. elections – and not China or the Middle East.

And according to our sources, there is no open DOJ investigation into Sam Jauhari for any of the alleged crimes he has committed.
Crimes that could make the Ukraine probe seem meaningless by comparison.

Why is the DOJ looking the other way?
It’s not like they don’t know about Sam Jauhari. They do.

In fact, according to our sources, Jauhari has been given immunity for his alleged crimes, for reasons not yet made clear.

The DOJ has refused to comment on these allegations.

Joe Biden is Completely ‘Compromised’ by Communist China, What Next?