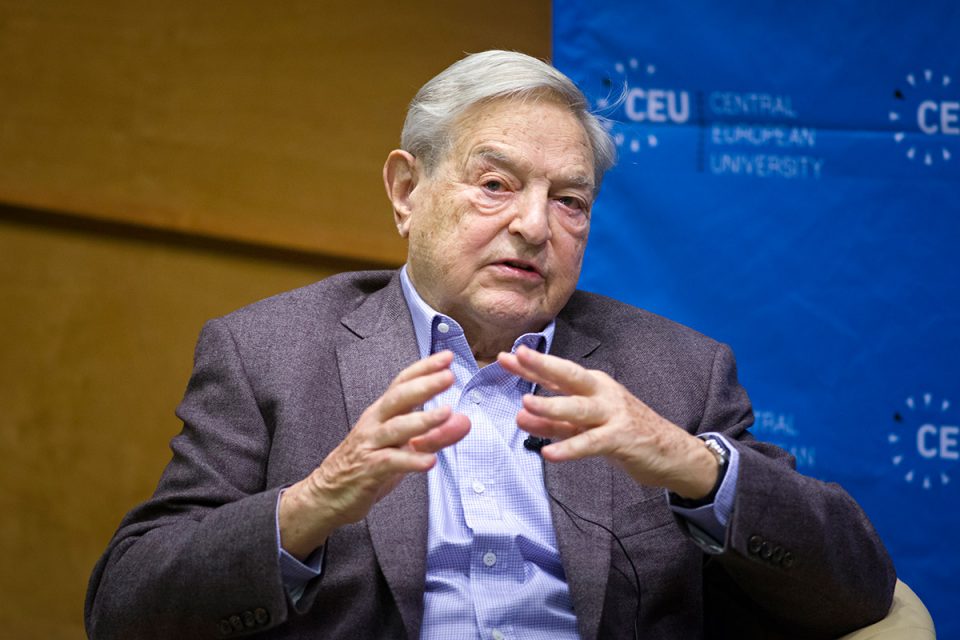 He’s committed to destroying his presidency by any means necessary.

But now Soros is funding a new plan to remove Trump from office.

George Soros and the Left Move to Rig the 2020 election

But that doesn’t mean Soros was willing to sit idly by and let the chips fall where they may this November.

In addition to donating more than $15 million to Democrat candidates this election cycle, Soros funded groups that set out to rig the midterms.

Their plan is far more evil.

Their scheme is far more anti-American.

The Southern Poverty Law Center and five other Soros-funded groups want to meddle in the election by controlling the flow of information.

Other groups involved in this conspiracy are The Center for American Progress, Free Press,  National Hispanic Media Coalition, Color of Change, and the Lawyers’ Committee for Civil Rights Under Law.

They are pressuring tech companies to crack down on “hate speech.”

If you support securing the border you are a racist.

If you believe marriage is between a man and a woman you are a homophobe.

If you believe there are only two genders and you don’t get to pick and choose which one then you are a bigot.

This is no conspiracy theory.

The left conducted a dry run of this campaign over the summer.

So they zapped all his accounts and decimated his online presence.

The Southern Poverty Law Center escalated this effort with their “Change the Terms” campaign.

They wrote in a letter released on their website:

Although a free and open internet creates immense social value, it can also be used to engage in hateful activities on a large scale. For example, white supremacist and other organizations that incite hate are using online platforms to organize, fund, recruit supporters for, and normalize racism, sexism, religious bigotry, as well as anti-LGBTQ and anti-immigrant animus, among other activities…

…To ensure that companies are doing their part to help combat hateful conduct on their platforms, the SPLC and other organizations in this campaign will track the progress of major tech companies – especially social media platforms – to adopt and implement these model corporate policies. Then, in the following year, the organizations will provide report cards to those companies on both their policies and their execution of the policies.

They are looking to build on their success in the Alex Jones campaign to silence conservative media outlets – and maybe even ban Trump himself – on social media.

The Trump Campaign Fights Back

The Trump campaign understands tech companies could collude with the left to try and rig the 2020 election.

Campaign manager Brad Parscale refers to them as the Palo Alto mafia.

And he put them on notice.

“I think that when the left found out that Facebook, a tool built by Silicon Valley, helped elect President Trump, they weren’t very happy,” Parscale declared on CBS This Morning. “And so they want to do everything they can to help prevent conservative voices. And I think that you have multiple platforms I call the ‘Palo Alto mafia’ trying to stop that.”

In 2018, Facebook changed their algorithm to lower the reach for news organizations.

They claimed this affected outlets across the ideological spectrum.

But the only reason they took this step was because journalists claimed Trump only won the election because conservative sites spread misinformation and fake news on social media.

Facebook caved to this pressure because company executives – led by Mark Zuckerberg – are leftists.

Liberal groups – including those funded by Soros – are hoping to prey on social media’s ideological sympathy for their cause to force them to ban conservative media outlets from their platforms ahead of the 2020 election.