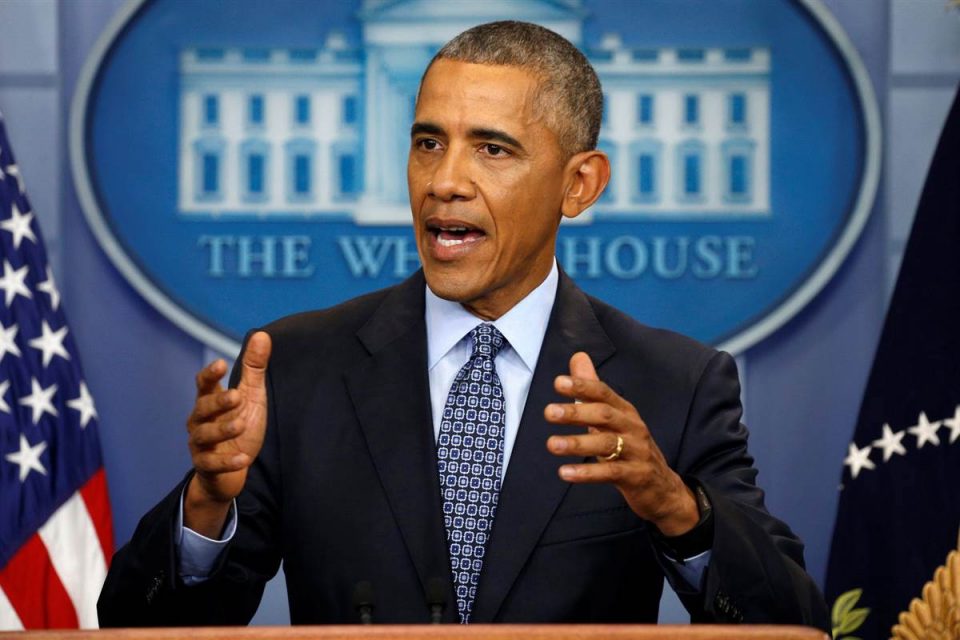 It was the biggest scandal in American political history.

Barack Obama was caught red-handed breaking the law to rig an election.

And now everyone is asking one big question.

Back in March 2017, Donald Trump set the Washington establishment into a complete meltdown when he tweeted that Barack Obama “tapped his wires” at Trump Tower.

Terrible! Just found out that Obama had my “wires tapped” in Trump Tower just before the victory. Nothing found. This is McCarthyism!

Is it legal for a sitting President to be “wiretapping” a race for president prior to an election? Turned down by court earlier. A NEW LOW!

But many Trump supporters believe the President was tipped off by Admiral Mike Rogers, who runs the NSA, that Obama was spying on his transition.

Rogers took the unprecedented step of meeting with President-elect Trump at Trump Tower during the transition.

On Thursday, November 16, 2016, Rogers traveled to the transition headquarters in Manhattan with the stated purpose of discussing becoming the Director of National Intelligence.

However, the real purpose of their discussions was the type of political dynamite that explodes only every hundred years or so.

It was little noticed at the time, but on Friday, November 17 – just 24 hours after meeting with Rogers – Trump moved the transition from Trump Tower in Manhattan to his private gold club in Bedminster, New Jersey.

Deep State agents raged at Rogers’ act of patriotism and leaked to the Washington Post that members of the Intelligence Community pressed Obama to relieve Rogers of his duties.

Months later when Trump fired off those tweets accusing Obama of illegally spying on his phone calls during the campaign, the Rogers meeting with Trump turned into a major “ah ha!” moment.

Now, this scandal reared its ugly head once again.

And everyone wants to know – does Robert Mueller have the recordings or transcripts of these illegal wiretaps in his clutches?

Robert Mueller and his criminal gang of Democrat attack dogs decided Roger Stone must have colluded with WikiLeaks.

Even though there is no evidence to support this baseless conspiracy theory, investigative journalist Jerome Corsi revealed Mueller’s goon squad leaned on him to lie about being a conduit between WikiLeaks and Roger Stone.

Mueller’s quest to frame Stone for collusion and nail the President led him back to Trump’s phone calls.

The Washington Post reported that Mueller was investigating Stone’s late-night phone calls to Trump during the 2016 campaign.

Even though Stone resigned from the campaign in August 2015, Trump and Stone have been friends for 40 years and Stone remained a trusted advisor.

Mueller is especially interested in an August 3 phone call between Trump and Stone.

On August 2, Corsi emailed Stone claiming WikiLeaks was preparing email drops in September and October, but he did not specify what the emails were about.

So, it was clear Corsi did not have intimate knowledge of their plans.

In his written answers to Mueller, Trump also denied ever discussing WikiLeaks with Stone.

But critics fear Mueller may use the illegal intercepts of Trump’s phone calls to spring a perjury trap.

If Trump misremembered a date or even one detail of the phone calls with Stone, Mueller can listen to the illegally obtained audio and receive the full facts of the conversation.

These illegal phone taps could provide Mueller and the Deep State the ammunition they need to claim Trump lied to investigators and that Congress has no choice but to impeach him.