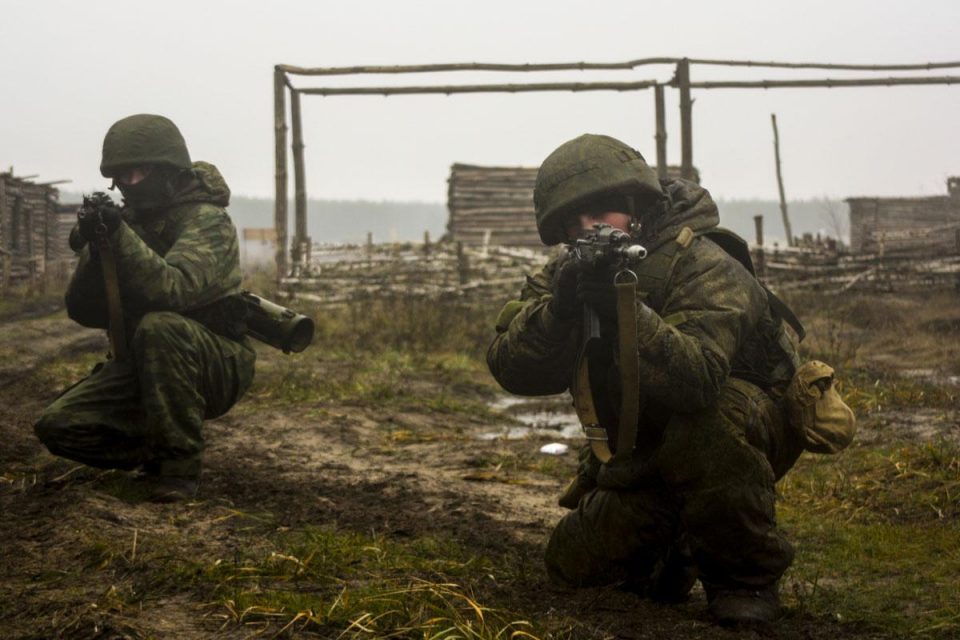 But not two years into Trump’s term, the Deep State’s horrible trick is about to push the globe to the brink of an unthinkable war.

Trump wanted to deal with Russia because Moscow and Washington shared an interest in defeating ISIS in Syria,

Warmongering lunatic Hillary Clinton campaigned on a no-fly zone Syria policy which could have resulted in American jets shooting down Russian fighter planes and the world spiraling toward a nuclear holocaust.

But the one world government traitors inside the Deep State seethed at that election result.

So, they immediately set about sabotaging Trump’s foreign policy.

They cooked up the Russian collusion fake news to push Trump to draw a harsh line with Russia.

They conned the President into sending lethal weapons to Ukraine in order to resist Russia absorbing Crimea – even though the people of Crimea consider themselves Russians.

And Congress undermined the administration by passing sanctions on various Russian officials with veto-proof majorities based on the dubious evidence that Russia “hacked” the Democrat National Committee.

Democrats hid the server from the FBI and forensic analysis by the left-wing Nation magazine found the emails were downloaded off the server in an inside job.

Russian hackers were a figment of the Deep State’s imagination.

National security and tech experts examining the forensic and metadata backed up Julian Assange’s claim that the source of the emails was not the Russians, but someone inside the DNC.

Anti-Trump forces in the media and government raged that Trump saw through their ruse.

On multiple occasions, Trump correctly questioned the fairy tale Washington officials tried to pass off as the truth.

Trump did not adopt war footing with Russia.

So now the global elite are using a naval skirmish in a tiny straight to try and bait Trump into World War 3.

According to treaties, they must announce their presence before doing so because those are Russian waters.

The Ukrainian vessels gave this notice, but the Russians claimed it was not done far enough in advance.

Russian naval vessels rammed the Ukrainian ships and bordered them, capturing the sailors.

This aggression followed Ukraine seizing a Russian fishing boat back in March.

Ukrainian government declared martial law in 10 of the country’s 25 provinces.

The President claimed it was because of Russian aggression.

Critics blasted the move and claimed the unpopular government seized emergency powers because they were doomed to lose an upcoming election.

He even tweeted that he would cancel his meeting with Putin at the G20 Summit.

Based on the fact that the ships and sailors have not been returned to Ukraine from Russia, I have decided it would be best for all parties concerned to cancel my previously scheduled meeting….

But the establishment was not allowed to let cooler heads prevail and let Trump’s diplomacy take its course.

Swamp creatures growled that Trump needed to order the American war machine to spring into action.

Sen. John Barrasso (R-WY) on Ukraine/Russia:
I believe the response so far has been inadequate..I think we need to move ships into the Black Sea

Deploying U.S. war vessels into an area with hair trigger Russian troops is a disaster waiting to happen.

It would be a replay of the calamity that led to World War 1.

But this time instead of trench warfare, millions could be incinerated in nuclear fireballs.