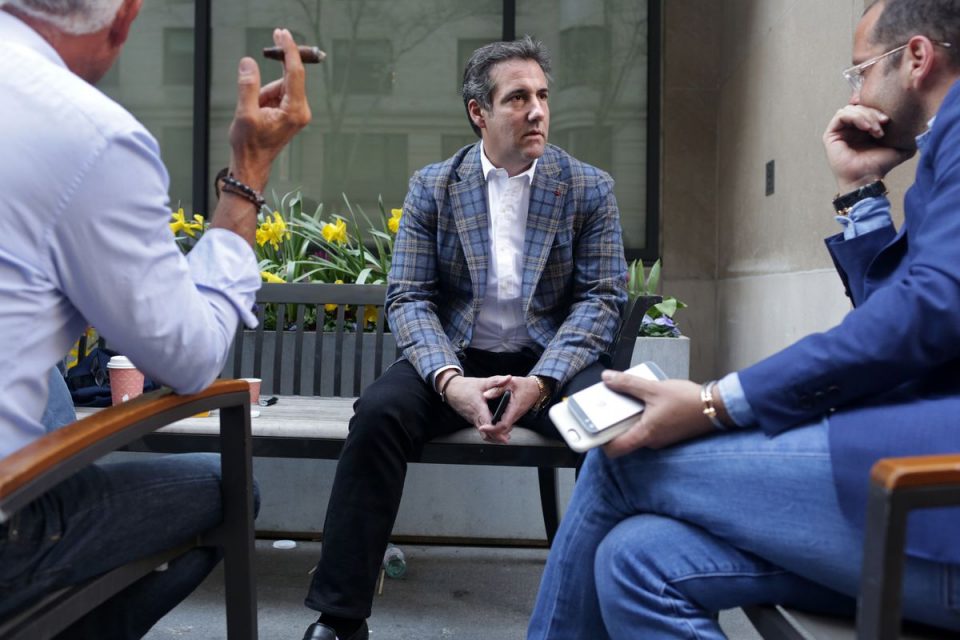 The Deep State is closing in on Donald Trump.

Rogue forces within the government think they finally found a way to rid of themselves of the nation’s forty-fifth President.

But who these shadowy criminals tasked with eliminating Trump will blow your mind.

The fake news media is delirious with joy over Michael Cohen’s guilty plea.

Cohen – a former Trump fixer – was sentenced to 36 months in prison for a series of financial crimes.

“Recently, the President tweeted a statement calling me weak, and it was correct, but for a much different reason than he was implying. It was because time and time again, I felt it was my duty to cover up his dirty deeds,” Cohen stated in court.

“I take full responsibility for each act that I pled guilty to: The personal ones to me and those involving the President of the United States of America,” Cohen declared.

That is the parent company of the National Enquirer.

The magazine claimed they worked with Cohen on hush money payments to women before the election.

If anything, Trump supporters believe then-candidate Trump was the victim of an extortion scheme with women threatening to embarrass his wife with false allegations unless they were paid outrageous amounts of money.

The answer lies in the fact that Robert Mueller’s collusion investigation has descended into farce.

And all he has are crimes his own investigation created.

Mueller hasn’t produced one shred of evidence Donald Trump worked in secret with Vladimir Putin to rig the 2016 election.

That’s why last spring Mueller forwarded his findings about Cohen to the Southern District of New York.

Mueller knew the case against Cohen fell outside his mandate.

So, he tipped off the feds in Manhattan and put them on the scent of Cohen’s business dealings.

In essence Mueller was like a drug dealer laundering money through a shell corporation so its origins were untraceable and they could avoid income tax.

But the U.S. Attorney in each District office is appointed by the President.

Did his own prosecutors turn on Trump?

Trump’s pick to run the SDNY had to recuse himself.

That put career officials in charge.

If that sounds familiar, that is how the Deep State put Mueller in place.

They forced Trump’s Attorney General to recuse himself so a swamp creature could unleash the Mueller guided missile at the President.

But this time the legal danger is real.

Deep State prosecutors in the Southern District of New York have every intention of trying to jail Trump.

They may even push the limits of the Constitution and try to throw him behind bars using these fabricated crimes even while he is still the sitting President.