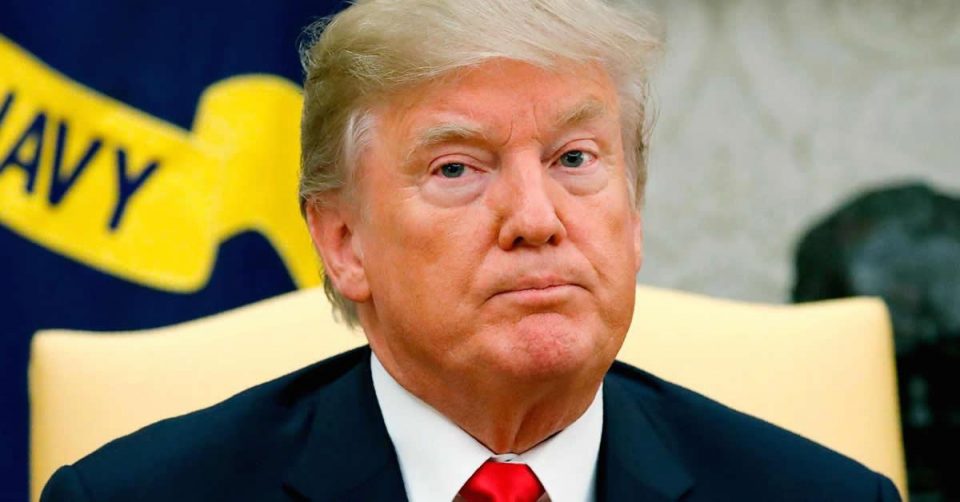 Donald Trump is gearing up for his 2020 re-election campaign.

But there is silent danger lurking in the shadows that threatens to derail him.

And the President is unaware these traitors are planning one horrible act of sabotage.

The secretive and unaccountable Federal Reserve – which is led by Chairman Jerome Powell – is the biggest threat to Donald Trump’s re-election campaign.

But now that Trump is in charge the Fed is pulling back the reins on the President’s historic economic boom.

They’ve raised interest rates eight times to slam the brakes on economic expansion and more rate hikes are expected in 2019 as President Trump declares his re-election.

Trump knows the Fed is trying to rig the economy against him and he’s called out the shadowy central bank on social media.

“The only problem our economy has is the Fed. They don’t have a feel for the Market, they don’t understand necessary Trade Wars or Strong Dollars or even Democrat Shutdowns over Borders. The Fed is like a powerful golfer who can’t score because he has no touch – he can’t putt!” Trump tweeted.

Speculators tanked the stock market with 500 and 1000 point losses based on the fear that Trump was going to sack the Fed Chair.

Treasury Secretary Steve Mnuchin tweeted out a statement from the President explaining Trump was not going to fire Powell.

“I totally disagree with Fed policy. I think the increasing of interest rates and the shrinking of the Fed portfolio is an absolute terrible thing to do at this time especially in light of my major trade negotiations which are ongoing, but I never suggested firing Chairman Jay Powell, nor do I believe I have the right to do so,” Mnuchin’s statement on behalf of President Trump read.

But that did not stop Fed apologists in Congress from rushing to Powell’s aid.

Alabama Republican Richard Shelby who chaired the Senate banking committee defended the Fed’s ability to manipulate the economy in secret.

“The Federal Reserve is set up to be independent of the presidency. Although I disagree with Powell at times, I’ve been on the Banking Committee longer than most people ever have, and I chaired it. I think the Federal Reserve should remain independent, as much as it can,” Shelby ranted.

Pennsylvania Senator Pat Toomey – who also betrayed conservatives when he put his name on a bill to help Barack Obama create a national gun registration database – also spoke in favor of Powell’s decision to cool the jets on the economy.

“After a long and dangerous experiment in monetary policy, conducted by others, Chairman Powell has gone a long way to restoring normalcy,” Toomey declared. “We should be grateful for that. I have no reason to believe that the president is planning to fire Chairman Powell. He certainly should not do so,” Toomey said.

However, there is good news.

Donald Trump is the first Fed critic in generations to sit in the Oval Office.

And during the campaign he tweeted out that he would support and sign “Audit the Fed” legislation should he win the election.

Auditing the Fed would finally shatter the wall of secrecy that lets unaccountable central bankers like Jerome Powell exert influence over an endless boom and bust cycle of a centrally planned economy.