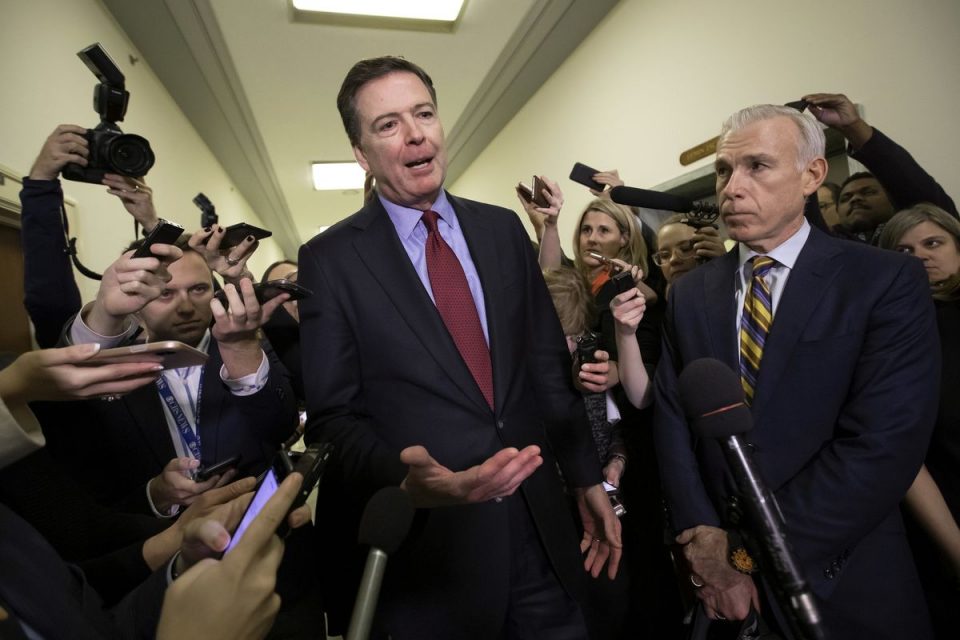 James Comey and his Deep State allies committed one of the great crimes in American history by scheming to frame Donald Trump for collusion with Russia.

This plot unfolded under the watch of former President Barack Obama.

And Comey was caught telling this big lie that is giving Obama a massive case for heartburn.

When the collusion narrative began to rocket around Washington, the fuel that propelled it was the Christopher Steele dossier.

The fake news media and the FBI bestowed credibility because of his past work as an ex-MI6 intelligence officer.

Steele claimed four members of the Trump campaign engaged in high-level talks with Russian intelligence officials to hatch a plot to rig the 2016 election.

But it turns out the dossier was fake news.

The central allegation of collusion – that Trump lawyer Michael Cohen traveled to Prague to meet with Russians to coordinate the release of hacked emails – was a lie.

In addition, the true nature of the dossier became public.

Steele’s dossier was not an intelligence document.

In truth, Hillary Clinton’s campaign and the Democrat National Committee laundered money through a law firm to hire partisan opposition research firms to dig up dirt on Trump.

When that became public, FBI officials scrambled to distance themselves from the embarrassing reality.

But the FBI hatchet men were undone by their lies.

FBI officials claimed they did not know about the dossier until September.

That allowed them to maintain the lie that the fake news reports from Steele played no role in the launch of “Crossfire Hurricane”, the FBI probe into possible Trump-Russia collusion.

Thanks to closed-door testimony from Bruce Ohr – who was formerly the fourth-ranking official at the Justice Department – Americans learned that, in fact, the FBI was aware of the allegations contained in the Steele dossier back in July 2016.

Congressman Trey Gowdy pried this information from Ohr during his questioning.

Ohr also said he passed along who was behind the dossier to the FBI.

The dossier became a political embarrassment once Hillary Clinton and the Democrats paying for it became public.

So it’s not surprising the FBI schemed to downplay its importance in the launch of the Russia probe.

But you can only maintain a lie for so long.

Eventually the truth wins out.

In this case, Bruce Ohr admitted that the FBI knew of the collusion allegations fed to Steele by Russian intelligence sources far earlier than they claimed.

Ohr’s testimony represents another crippling blow to the credibility of Robert Mueller and the Russia probe.

The FBI took uncorroborated gossip paid for by Hillary Clinton and utilized it to turn the full power of the national police force’s counterintelligence apparatus on her opponent for the express purpose of framing him for being a Russian agent.