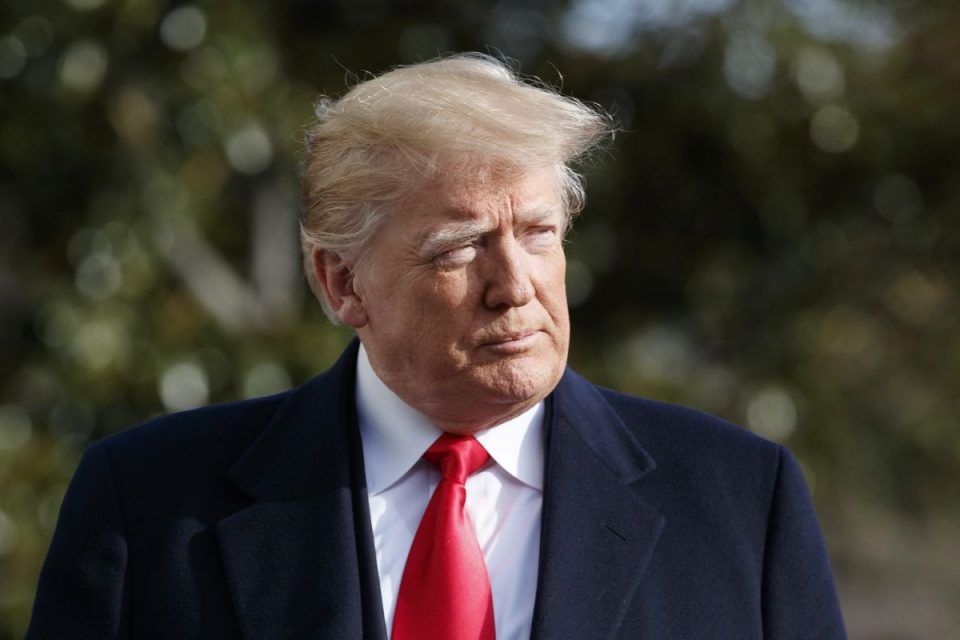 The FBI’s reputation is in tatters.

Scandals and treasonous conspiracies against President Trump tore apart the public’s faith in the Bureau.

Now Trump said the one word that put FBI leadership on the hot seat.

A deranged gunman committed the worst mass shooting in American history at a country music festival in Las Vegas outside the Mandalay Bay hotel in September 2017.

The madman killed 58 innocents and wounded hundreds of others in this senseless tragedy.

Some Americans wondered if the shooting was tied to terrorism.

After the shooting, ISIS released their propaganda newsletter with a picture of the Mandalay Bay hotel drenched in blood.

ISIS also claimed the shooter converted to Islam six months prior to the shooting.

1. After ISIS claimed Vegas, I was waiting for them to release Naba, their weekly newsletter, to see if anything new emerged. Naba is out: pic.twitter.com/yX8AN3OdSX

2. Under a picture of the Mandalay Bay drenched in blood they rehash the attack. New info: They are now claiming shooter converted 6 mos ago pic.twitter.com/2t53MSBNHq

3. Below is the @siteintelgroup translation. ISIS earlier said shooter converted “months ago.” Now they’re saying it was 6 mos specifically pic.twitter.com/Lo6hF1S65M

After an initial flurry of activity in the immediate aftermath of the shooting, the investigation went radio silent.

Months stretched into over a year.

The tragedy slipped from the national conscious – which is exactly what many critics believe the FBI wanted the entire time.

Finally, after nearly 16 months, the FBI quietly released a final report on the shooting.

The FBI claimed they could find no clear motive for the shooting.

The FBI’s spent over 18 months chasing down ghosts of the Russian collusion hoax.

They concocted an elaborate scheme to use counterintelligence capabilities to spy on – and frame – the President of the United States.

But they left the case of the most deadly mass shooting in American history unsolved.

Millions of Americans believe that is unacceptable.

President Trump did not go that far, but he declared in an interview with the Daily Caller he was “disappointed” that the FBI did not discover the gunman’s motive.

“It was a horrible event. He was a very, very sick person, obviously. It was very unusual in that there didn’t seem to be your standard set of reasons as to why this would happen. I’m a little surprised that the report wasn’t much longer but at the same time I can understand it. It was just a — just a terrible thing. They were unable to find a real reason other than, obviously, he was sick and they didn’t know it,” President Trump began.

“So, I was a little surprised and a lot disappointed that they weren’t able to find the reason. Because you’d like to find a reason for that,” the President concluded.

Some critics wondered if the FBI did not want to – as opposed to were unable to – define the gunman’s motive.

Were they covering up the fact that the shooter was motivated by politics?

Or did he actually convert to Islam six months ago like ISIS claimed?

And it looks like the FBI is telling the American people they will never be answered.

Do you share President Trump’s disappointment that the FBI could not uncover the Las Vegas shooter’s motive?