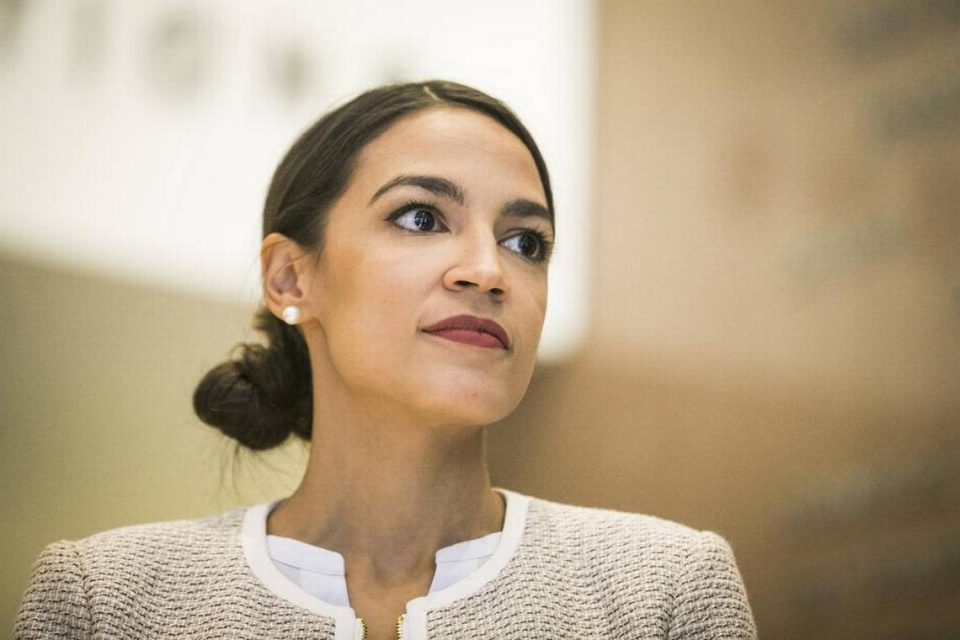 Her so-called “Green New Deal” is gaining steam from all Democrat presidential candidates.

But Ocasio-Cortez wasn’t expecting this bombshell.

And it’s the one thing that could derail her career and land her in prison.

Ever since her surprising primary victory over a long-time incumbent Democrat, Alexandria Ocasio-Cortez has become the darling of the political left nationwide.

They are enamored with her cute dance moves, her “witty” and “funny” responses to criticism and of course her no apology Socialist views.

And they love her so-called “Green New Deal” which, if passed, would send America into the depths of socialism and destroy the very fabric of our society.

But now news is coming out that AOC (as she is “lovingly” referred to by her admirers) has committed multiple violations of federal campaign finance law.

According to a recent article in The Daily Caller, both AOC and her Chief of Staff Saikat Chakrabarti have full control of Justice Democrats PAC according to the PACs website, and continue to retain control now.

If a complaint is filed and the Federal Election Commission (FEC) finds that the New York Democrat’s campaign operated in affiliation with the PAC, it could open them up to “massive reporting violations, probably at least some illegal contribution violations exceeding the lawful limits,” former FEC commissioner Brad Smith said.

“If the facts as alleged are true, and a candidate had control over a PAC that was working to get that candidate elected, then that candidate is potentially in very big trouble and may have engaged in multiple violations of federal campaign finance law, including receiving excessive contributions,” former Republican FEC commissioner Hans von Spakovsky told The Daily Caller News Foundation.

And fellow former FEC commissioner Brad Smith told The DCNF that if “a complaint were filed, I would think it would trigger a serious investigation.” He also noted that such a probe could potentially result in jail time for Ocasio-Cortez and her Chief of Staff, Chakrabarti.

Ocasio-Cortez and Chakrabarti could face prison if the FEC determines that they knowingly and willfully withheld their ties between the campaign and the political action committee from the FEC to bypass campaign contribution limits, according to Smith.

While these are troubling charges and would cause most any conservative or Republican candidate to wind up in jail, it will be interesting to see what happens in this case.

It’s highly likely the Deep State operatives at the FEC will allow these alleged crimes to go unchallenged for fear of upsetting their far-left masters.

We will keep you up to date.