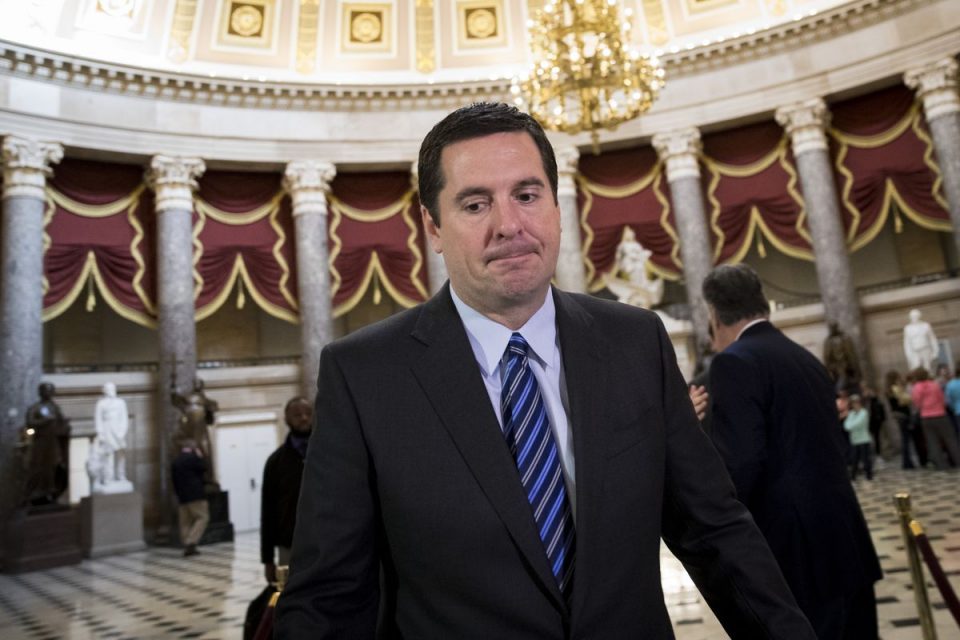 Democrats are banking on Robert Mueller turning in a blockbuster report at the conclusion of his investigation.

The left waited two years for the special counsel to produce the evidence that will lead to Donald Trump’s impeachment.

That all went up in smoke when Devin Nunes revealed the one mistake surrounding the Mueller report that Democrats will live to regret.

Democrats are clamoring for Mueller’s final report to be made public.

Department of Justice regulations stipulate that Mueller submits a final report to the Attorney General who then decides what is made public to Congress.

During his confirmation hearings, William Barr testified that he would make as much of the report public as he could.

They smelled a cover-up.

“The public will feel right that this is a cover-up” if details are withheld, Democrat Senator Richard Blumenthal roared. “A Senate or House committee can subpoena anyone.”

But Blumenthal – who is most famous for earning the nickname “Da Nang Dick” for lying about serving in the Vietnam War – should be careful what he wishes for.

But key members of Congress are going even further and demanding Mueller make every step of his investigation public.

Devin Nunes wants everything out in the open because he knows the truth about the Mueller probe – that it was a politically motivated witch hunt from day one.

“If he does put out a report, you’re gonna see people claiming, ‘Oh we have to have this public, it’s got to be made public.’ That’s fine. But I want everything that Mueller did made public. I want email, I want everybody that they wiretapped, every warrant that they got, every single thing that Mueller used needs to be made public for all of America to see,” Nunes told attendees at the Conservative Political Action Conference.

The more information that is made public, the better it will be for President Trump.

Mueller has no evidence of collusion with Russia.

But what he wants to hide is the fact that his investigation was an abusive, Stalinist crusade designed to overthrow the duly elected President of the United States.

However, Nunes said for the full truth to be known, President Trump would have to step in.

“I think the White House is going to ultimately have to get involved in declassifying all documents,” Nunes continued.

That includes redacted pages from the Carter Page FISA memo and every document relating to the FBI’s attempts to frame the President for being a Russian agent.

Some Trump supporters were frustrated by the President’s lack of action.

But others believed that had Trump began declassifying volumes of documents Congress could have accused him of interfering in an ongoing investigation.

But once Mueller’s report is turned in and the investigation is in President Trump’s rearview mirror, he will be unshackled from those concerns.

And President Trump could make Nunes’ wish come true and at the same time force the Democrats to eat all their words about the Russian investigation.

Alexandria Ocasio-Cortez Has Become the Poster Child of Socialism