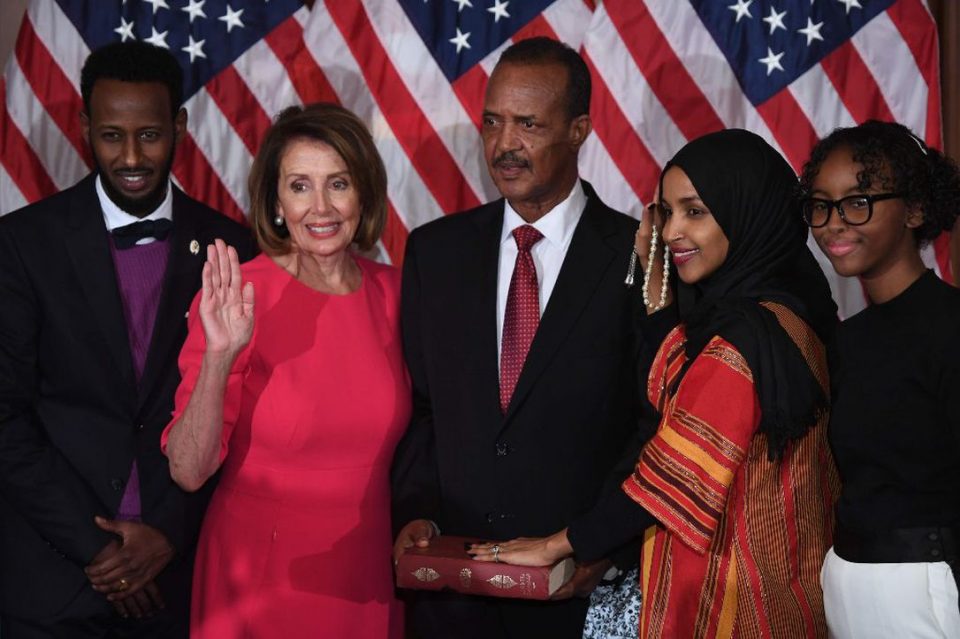 It turns out rumors of Ilhan Omar (D-MN) marrying her brother are just the beginning.

Now new reports are coming out and this time it could mean jail and deportation.

And Democrats fear that Ilhan Omar’s “family” problems could mean the end of her career.

By now most people know of the ongoing investigation into whether Congresswoman Ilhan Omar married her own brother to skirt U.S. immigration laws.

As lurid and bizarre as that is should it pan out to be true, it turns out it’s nothing compared to the rest of her family.

Reports are also coming out that Nur was a government propagandist who was responsible for training Barre’s thuggish and murderous Youth Brigade, and was a die-hard member of the Somalian SRC Marxist Islamist Party.

Siad Barre reigned over Somalia from 1969 until 1991 when he was overthrown due to his close connections with Fidel Castro, his war with Ethiopia, and the starvation and well-documented human rights abuses which included the slaughter of between 5,000 and 10,000 rival tribe members.

Omar and her family had enjoyed a privileged life until the corrupt and murderous dictatorship was overthrown, forcing them into a refugee camp in Kenya.

Now, of course Nur is living in the United States.

And like so many others due to our overwhelmed immigration system, he was not properly vetted before entering the country.

Ali is a convicted war criminal who did the killing himself. He served as Colonel in the Somalian Army’s 5th Mechanized Brigade and was a graduate of the Pentagon’s Program for Foreign Officers in 1986.

He has been located as recently as this year working security at Dulles International Airport and driving for Uber.

While it is not a secret that Ilhan Omar’s father illegally entered the United States, the more that comes out about his past activities, the more outraged Americans are becoming.

Congresswoman Omar’s father appears to have also been a party propagandist under the dictator and was responsible for ‘ideological’ aspects of the “Red-Green” revolution in the impoverished nation.

Nur worked for the Marxist regime as a “teacher of teachers.” His work included providing the ideological/political justification for the massacres of the late eighties.

And there is no doubt Nur’s family was well-connected under the Barre regime.  Young Ilhan Omar went to kindergarten at age four and her family lived in a secure compound in Mogadishu.

When the regime was overtaken, the family immediately caught a plane to escape the country.

The average yearly income in Somalia was merely $187 dollars in just 2010—20 years after they fled the country. Obviously, even in the early 90’s, Nur’s family was privileged enough to afford a flight out for the entire family.

The family ended up in the U.S. and Nur hid the fact that he worked for the totalitarian regime.

He also lied on his Form N-400, Application for Naturalization about his communist background.

If we are to be a country of laws, then Nur and his family should in fact be sent back to Somalia, no matter what the liberal media and the liberal elites say.

The Statue of Liberty does not stand on Liberty Island so that America can welcome mass murderers, rapists, and communists.