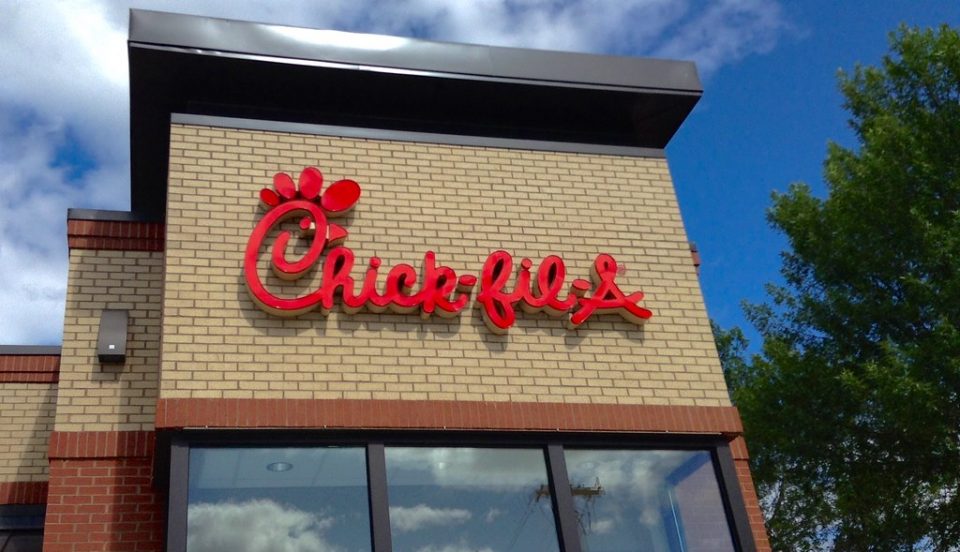 Leftist groups always find something to protest, even in the most mundane of circumstances.

And while exercising constitutional freedoms is typically discouraged (even prohibited in some instances) on campuses nationwide, it seems that the leftist radicals have no problem getting their voices heard.

But you won’t believe why LGBTQ groups are up in arms over this campus’s food choices.

Plans are currently underway to install a Chick-Fil-A restaurant in a new residence hall on the campus of Purdue University that has everyone excited — just not in positive manner.

LGBTQ groups on campus are not happy about the addition.

Both faculty and students claim that Chick-Fil-A does not support their values of inclusivity and negatively effects their welcoming atmosphere.

“Allowing an organization that is not consistent with our values flies in the face of that and really sends a strong message to our faculty, staff and students who are LGBTQ that we don’t really welcome them,” said Linda Propoky, a professor who sits on the university Senate’s Equity and Diversity Committee.

“Many of the things the CEO has sa3id and done and a lot of the profits are donated to actively anti-LGBTQ groups,” said Propoky.

Other students are indifferent—they’re just happy that there will be a decent fast-food option available on the campus.

”I support the LGBTQ community, but I also like Chick-fil-A, so I’m not going to give up my values for that,” said student Jillian Esposito.

“As soon as I heard about it I was like, ‘Oh sweet, where’s that going in?’ I heard it was going to be right next to us and I thought, ‘Even better,‘” said student Jack Kinsel.

This attitude is most likely directed at the left’s attack against the Christian-based company over the years.

In 2012, Chick-Fil-A CEO Dan Cathy publicly announced that he did not support same-sex marriage and instead promoted his Biblical beliefs.

The company has also donated to anti-LGBTQ groups, but has never prevented any member of those groups from dining at their restaurants.

And leaders of the campus have said that students have been wanting a Chick-Fil-A for a long time. After all, it’s one of the healthiest and most affordable fast food chains out there.

Students even participated in a survey regarding putting the restaurant on campus, and the decision was easy to make.

The student government association even passed resolutions on the matter.

But those who are opposed to the idea are still furious that the campus is “going against what it stands for”.

“We’re working really hard as a campus to be more inclusive and welcoming,” said Propoky.

Infringement of personal freedoms on college campuses is perhaps one of the most important issues students are facing today.

Universities and colleges typically enforce their own policies on personal speech, but often these policies are a direct violation of constitutional freedoms.

Deep State Journal has previously reported how one state is working to protect those freedoms on certain college campuses.

And while many conservative protests are immediately shut down on campuses nationwide, this protest by LGBTQ groups at Purdue University is being handled more “delicately” as administrators know any attempt to quell the protests will certainly result in violence and destruction.

Do you believe that protests such as this should be allowed on college campuses? Leave us your thoughts in the comments section below.

Facebook has Silenced this Pro-Life Group for a Devastating Reason