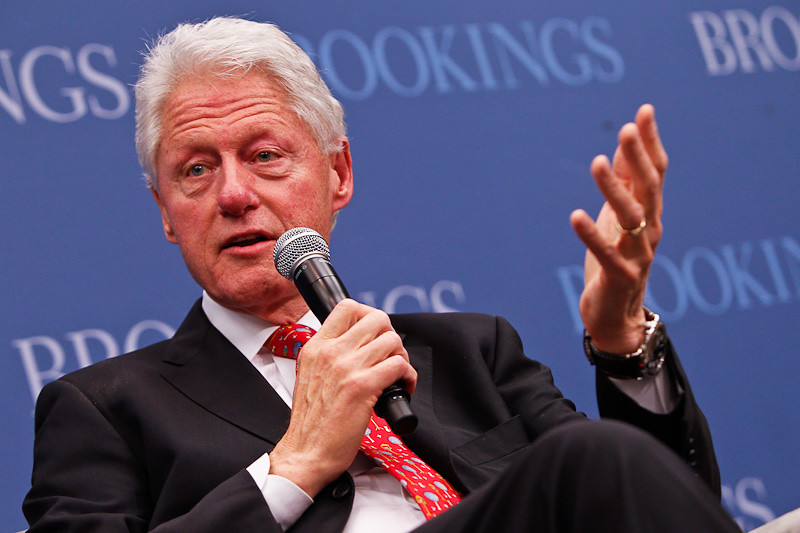 The former president’s ties to Jeffrey Epstein appear to be deeper than originally thought.

New photos recently surfaced of Clinton with both Epstein on his private “pleasure plane” and at his island.

The Clinton clan just can’t seem to stay out of the news.

In the past couple of weeks, we’ve reported on renewed rumors of a Hillary 2020 presidential run, watched as Chelsea Clinton fumbled to explain the millions of dollars she’s made, and welcomed Bill back into the news cycle.

In one instance, it was because of the release of new photos of Bill and his pal Jeffrey Epstein, and in another case, it was the loss of video from Jeffery Epstein’s cell during his suicide attempt.

Last week prosecutors finally admitted what Deep State Journal and other independent journalists have predicted all along, that footage outside Epstein’s cell during his first suicide attempt had been mysteriously erased.

While this footage pertains to his “first” suicide attempt last July, most believe it is just the first of what will be many mishaps, mistakes, and machinations that will end up “proving” that Epstein’s suicide was just that.

This despite growing evidence that it was not a suicide and very possibly was a murder being covered up by the Department of Corrections.

This latest information was released in a recent court filing  Assistant US Attorney Jason Swergold in a case involving Nicholas Tartaglione, the accused murderer who was Epstein’s cellmate.

They were both housed at the Metropolitan Correctional Center (MCC) over the summer, according to The New York Post.

Bruce Barket, Tartaglione’s lawyer, had been attempting to get ahold of the footage for weeks believing it would prove that Tartaglione had nothing to do with the causing any of the marks on Epstein’s neck that “appeared” while the two were sharing a cell.

Last month, Swergold claimed to the judge in the case that the footage had gone missing, but then he changed his story the next day, claiming the video had actually been kept.

But now, the new filing explains that there was a “technical error” and that the MCC staff kept the wrong footage and actually erased the correct footage of Epstein’s cell.

Tartaglione’s attorney was having none of it; “It is mind-boggling to me that they would have preserved the wrong video, and erased the real video,” Barket stated. “It is simply beyond the pale.”

This is not the first time that a close companion of Bill Clinton has met an untimely end,  in each case, the bizarre circumstances, missing evidence, and disappearing witnesses have at the very least left people wondering.

This case is no different.

Just as Epstein was set to possibly testify and name names, he met an untimely “suicide” and Clinton’s actual involvement with Epstein’s underage girl sex slave and prostitution ring may never be known for sure.