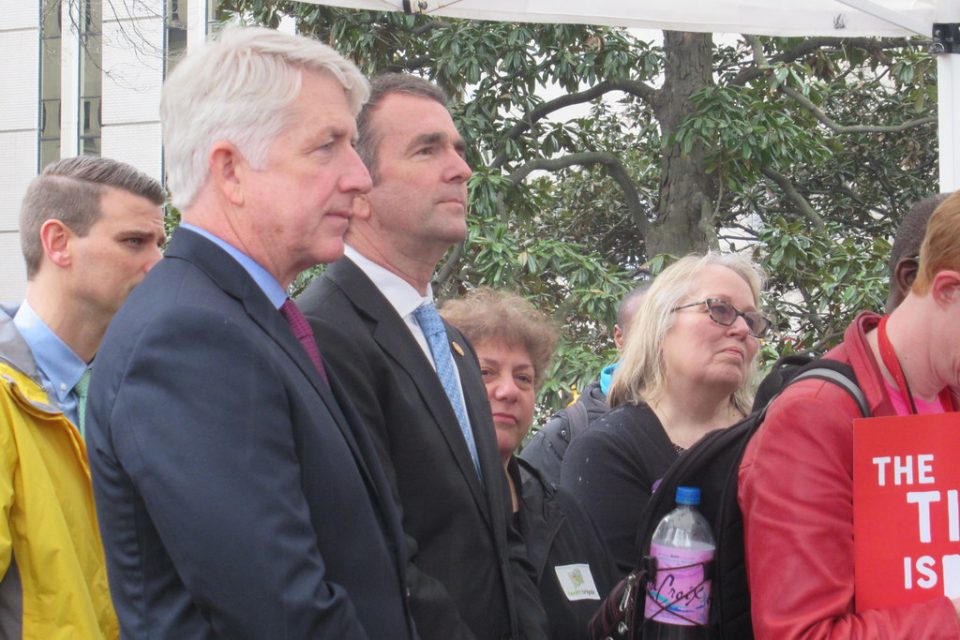 Courts rule in favor of racist Governor Ralph Northam in declaring an end to these rights in Virginia.

As the state of emergency crisis grows, Virginians from every political stripe are banding together to stop the racist Governor’s unconstitutional actions.

But for now, Virginia citizens have been told their First and Second Amendment rights no longer matter.

Virginia is known as the “Mother of Presidents”, the home to dozens of Founding Fathers, the home to the authors of both the Declaration of Independence and the Constitution, and until recently a solidly conservative state.

Similarly, the U.S. Constitution used to have standing in American courtrooms, with even liberal jurists defending the Constitution and particularly the Bill of Rights.

Unfortunately, the times have changed, and not for the better.

Virginia has become a solidly leftist state governed by a racist national socialist governor whose goals include banning guns, crushing freedom of speech and aborting babies after they are born.

And after suburban Republican women voted Democrats into power in the last elections because Trump is “rude”, the Democrats in Richmond are now planning to destroy the once-proud state in less than a year.

Ever since taking over both chambers of the legislature last November, Democrats have, as expected, had gun rights in their sights, first and foremost.

Just last week, lawmakers in the Virginia Senate passed the first set of bills, an incoming wave of gun-control legislation set to come up for votes this session.

One bill would re-establish the state’s previous one-handgun-a-month law, while the second allows local governments to ban guns in all public buildings, parks and at any permitted events — including political protests in favor of 2nd Amendment rights.

The timing comes just days before an annual pro-gun rally and lobbying day at the state capitol which has been held every year for decades, peacefully, and with attendees openly carrying weapons as allowed by Virginia law.

However, Gov. Ralph “Blackface” Northam changed that last week by declaring a state of emergency in Virginia and banning all guns ahead of this year’s pro-gun rally, citing “credible and serious threats.”

It turns out the “credible threat” was an illegal alien and a few of his racist buddies, who have since been arrested and detained.

On Thursday, a Virginia judge shockingly ruled that the Governor’s firearms ban would remain in place during the peaceful rally on the Capitol grounds in Richmond. Gun rights advocates immediately appealed the ruling.

“Without relief from this court, petitioners and thousands of other rally participants will be irreparably denied their right to bear arms,” the groups’ attorneys argued in their appeal.

But Virginia Attorney General Mark Herring who faces his own problems with his racist past, on Friday urged the state Supreme Court to reject the appeal.

Herring claimed: “The Order does not prevent anyone from speaking, assembling, or petitioning the government. Instead, it temporarily precludes private possession of firearms in a sensitive public place during a specified time to protect public safety and safeguard the rights of all citizens to peacefully speak, assemble, and petition their government.”

Herring, of course, failed to point out that the strict security arrangements and physical barriers constructed would make it almost impossible for attendees to do any of the above.

The plaintiffs correctly argued the firearms ban violates the First and Second Amendments and that Northam didn’t have the authority to impose it.

According to the Associated Press, Judge Joi Taylor said in her ruling the governor has the authority under state law to take action related to the “safety and welfare” of the state.

It seems to us here at Deep State Journal that if the Governor truly wanted to protect the safety and welfare of Virginians he would do something about the illegal immigrants flooding the state, like the one who caused this whole thing in the first place.