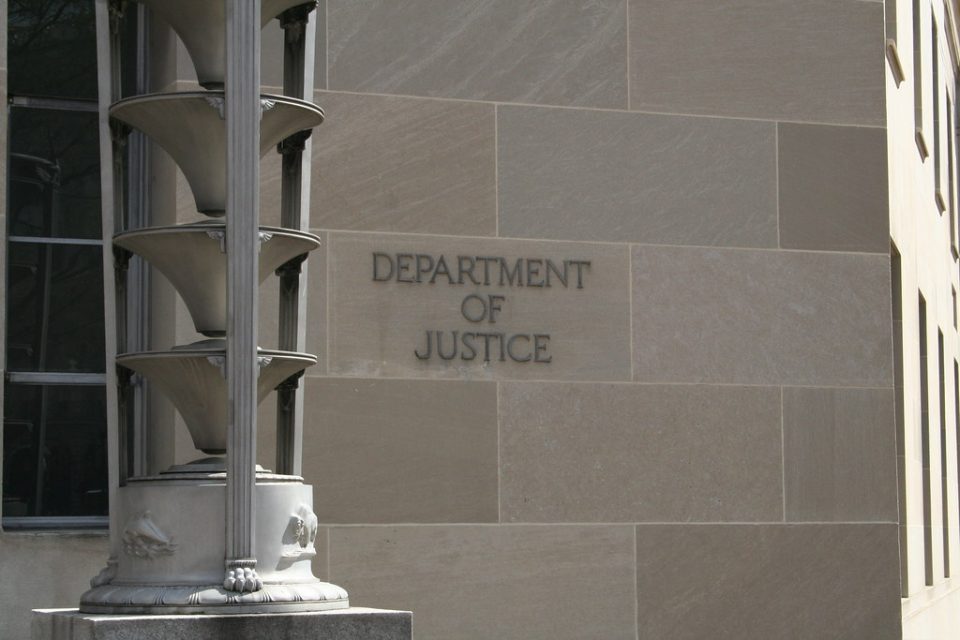 This one Pakistani American told the DOJ he wouldn’t lie in their effort to get Trump.

So, they prosecuted him and sentenced him to 12 years in prison.

But now it turns out this man had secret ties to U.S. intelligence.

It seems the FBI and their masters at the DOJ will stop at nothing to “get” former President Donald Trump.

From fabricated dossiers to illegal warrants and surveillance, they pulled every dirty trick in the book – even if it hurt U.S. intelligence and possibly cost American lives.

Take the tragic case of Imaad Zuberi, a California venture capitalist and philanthropic leader who was sentenced to 12 years in federal prison last month.

But his real crime? He wouldn’t lie for the DOJ in their effort to convict Donald Trump in the Russia collusion probe.

Imaad Zuberi is a proud American patriot of Pakistani descent who was a College Republican back in New York before becoming an international capitalist and money man.

Zuberi spent nearly two decades hanging out with, being courted by, and wined and dined by America’s political elite.

He raised millions of dollars for Barack Obama, Joe Biden, and Hillary Clinton. He also raised money for dozens of Democrat congressmen and senators.

He texted and held phone calls with kings, princes, presidents, and prime ministers from around the world.

He was even jet-setting and meeting with high-level Republicans like Senator Lindsey Graham and John McCain, respectively.

While he supported Hillary Clinton during her 2016 presidential campaign, being a patriotic American who believes in supporting whomever is President, Zuberi helped fund and raise money for Donald Trump’s inaugural committee.

It was then that the DOJ decided to investigate Zuberi. And they were confident that Zuberi would help them take down Trump.

But Zuberi resisted their intense pressure to “cooperate” in the investigation of Donald Trump’s inauguration committee – and that’s when the millionaire’s world came crashing down around him.

Late last year, Zuberi pled guilty to what federal prosecutors alleged was a “mercenary” scheme that involved funneling large amounts of foreign money into U.S. campaigns in order for Zuberi to gain political influence and build his global business empire.

Last month, in what was one of the harshest penalties ever meted out for alleged donor fraud, Zubari was sentenced to 12 years in prison and more than $18 million in fines.

To the leftwing press, it was a tale of greed and political corruption that ruined a man whose charity, friendship, patriotism, and good nature otherwise endeared him to many powerful political leaders and celebrities.

Of course, deliberately overlooked by the so-called mainstream media was Zuberi’s long ties to several Democrat politicians and the tens of millions – if not hundreds of millions – he had raised for them over the years.

But back in the nation’s capitol, this was no simple case of political corruption, because the U.S. government had kept quiet about a deep secret they knew about Zuberi.

“Just the News has confirmed from multiple current and former U.S. officials that Zuberi enjoyed a long and complex relationship with U.S. intelligence. His early help to the Drug Enforcement Administration with illegal drug trade and the Los Angeles Sheriff’s Department in the war on Islamic terrorism in the early 2000s eventually elevated him to becoming a valuable source inside Washington’s security and spy establishment for much of the last two decades, the officials said. They declined to be more specific.” In fact, former CIA agent under the Obama administration and national security law expert, Robert J. Eatinger, Jr., filed notice with the federal court that he will be joining Zuberi’s legal team to contest his prison sentence in the 9th Circuit Court of Appeals.

But another of Zuberi’s lawyers, David Warrington, told Just the News that he believes Zuberi’s new appeal will bring to light information about his client’s relationship with the U.S. government.

“It’s obvious from the public docket, there has been significant government participation in this case, and hopefully through the appeals process, more of the actual facts will come to light,” Warrington said.

“But as of this point, I am unable to comment further about the government’s involvement and what Imaad did for this country ”

The implications of Imaad Zuberi’s national security work could, and should, have far-reaching implications.

Because it means some of the criminal offenses he pleaded guilty to occurred while he was assisting the U.S. government.

And it also means he was raising money for Clinton, Biden, Obama, the Trump inauguration, and members of Congress while having a relationship with U.S. intelligence agencies – raising possible questions of separation of powers.

It means the criminal case carried out by the DOJ in an effort to “get” Trump compromised the government’s ability to continue using Zuberi for vital intelligence.

It may also mean that at least one intelligence operative has been burned all because of the DOJ’s political efforts to destroy President Trump.

This is a breaking story and we will keep you updated on the latest developments.