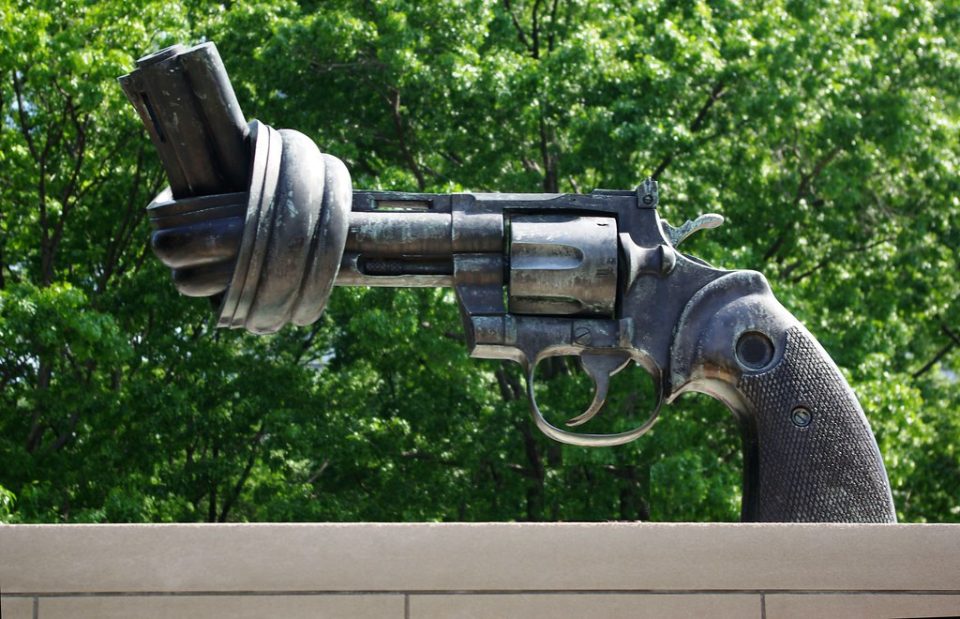 Never before have the constitutional rights of every American been in such jeopardy.

The left is on a mission to strip American citizens of the freedoms endowed to them by their Creator.

And now even one so-called “conservative” wants to help – so he’s adding “anti-gun” to his long list of anti-Constitution credentials.

The case of Kyle Rittenhouse in Kenosha and the ‘not guilty’ verdict on all counts has the left screaming for new and stricter gun control laws.

As the judge stated – and all the evidence clearly showed – Rittenhouse had defended himself against violent thugs during a riot and was on trial for his life.

But instead of working to fix the corrupt criminal justice system that allows violent thugs and child rapists to roam the streets, the media and the left has painted Kyle as a coldblooded killer – ignoring the basic constitutional principle that he has every right to defend himself from harm.

And now even so-called “conservatives” like former National Review editor David French are joining the radicals to call for more gun control in the wake of the Rittenhouse verdict.

French is a political commentator, attorney, and self-proclaimed “theologically conservative traditional Christian,” but a recent tweet has many questioning his allegiance.

“Open carry is materially different from concealed carry. It’s often designed to be menacing, to intimidate the public and public officials. And after the debates around Rittenhouse, it’s time to rethink open carry, as a matter of ethics and law,” French tweeted.

Well, carrying a gun for self-defense via open carry is the law of the land in over 46 states now, so clearly, French is mistaken on what rights Americans still have left.

“Let me briefly follow up on a word I mentioned a moment ago–liberty. In a single word, it encapsulates what the country stands for, what Texas symbolizes. I will expand liberty in Texas by singing a law that makes Texas the 45th state to allow Open Carry.”

These are the very liberties the left is fighting to take away from the American people – and now so-called “conservatives” like French are doing the same thing.

Of course, this isn’t French’s first foray into liberal waters.

He greatly suffered under Trump Derangement Syndrome and hasn’t been himself since wrecking his back from bending so far backwards to avoid any semblance of conservative ideals these last few years.

Much like his soulmate Bill Kristol and his Lincoln Project posse of little boy wranglers, it’s time to stop calling French something he’s never been.