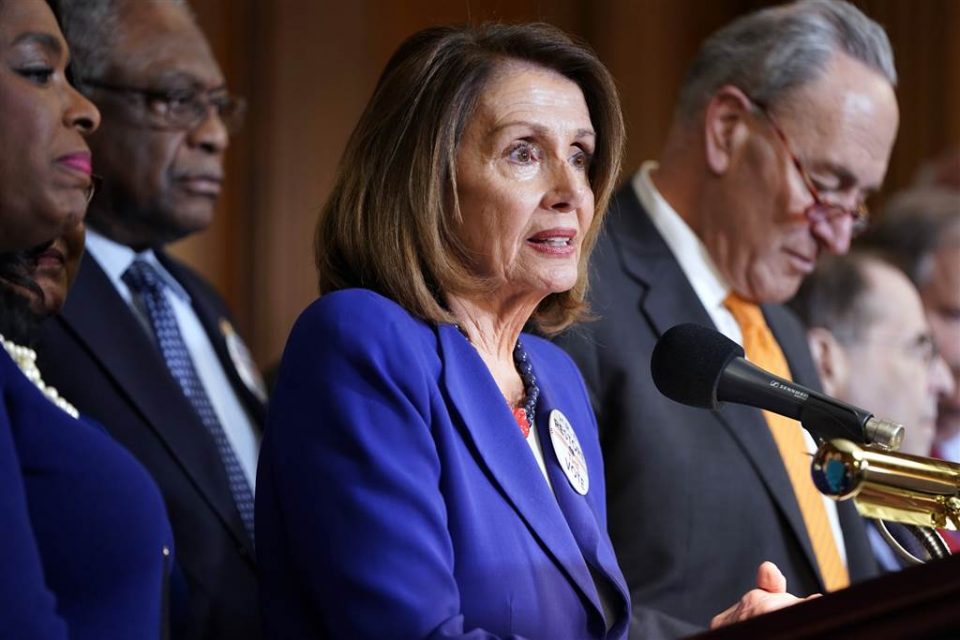 Speaker Pelosi has made no secret of her hatred for traditional values.

But she arrogantly thought she wouldn’t have to pay the price for her radical leftist positions.

However, that’s not the case anymore. In fact, Pelosi was shaking with rage when she got this news.

Many of America’s politicians are arrogant and believe they are above reproach.

A big reason for this is the long run they’ve had in getting away with violating their oath of office without repercussions.

Thankfully as people are saying “Enough!” and deciding to put these politicians in their place, that is starting to change.

Afterall, politicians serve the people, not the other way around.

And now, even the Catholic Church is starting to fight back – and Nancy Pelosi is no exception as she recently discovered.

She is also a self-professed member of the Roman Catholic Church and a staunch, vocal supporter of abortion.

And for years she’s been able to remain both without backlash.

However, that all changed when San Francisco Archbishop Salvatore Cordileone recently announced she may no longer receive Holy Communion due to her stance on abortion.

In an open letter to Pelosi, the archbishop warned her: “[you are] not to present yourself for Holy Communion and, should you do so, you are not to be admitted to Holy Communion, until such time as you publically (sic) repudiate your advocacy for the legitimacy of abortion and confess and receive absolution of this grave sin in the sacrament of Penance.”

Pelosi is the latest pro-abort Democrat to receive such notice from the Church.

In fact, even President Joe Biden was put on notice.

They’re being told their radical views, especially when it comes to the wholesale slaughter of innocent children, are no longer acceptable to the Church, or the nation.

Not surprisingly, these long-overdue developments are causing quite a disruption in radical Democrat circles.

But the Catholic Church is perfectly within its right to take this bold action and should have done so long ago.

Now we wait and see if the American people will replace these murder merchants with politicians who will take their oath of office seriously.