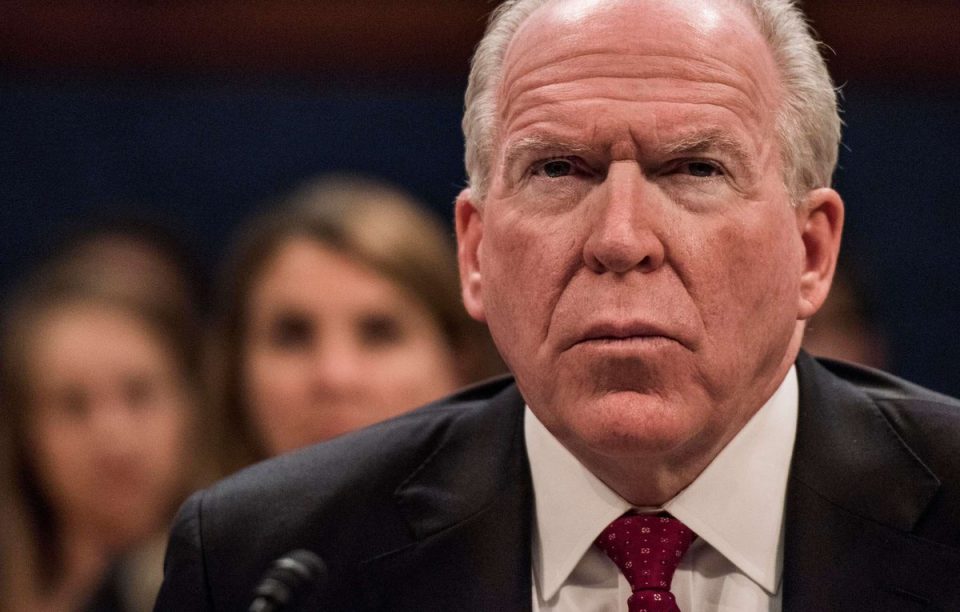 Barack Obama likes to brag that there were no scandals during his administration.

That assertion is laughable for anyone with long-term memory.

One scandal, in particular, shows just how rampant the rule-breaking was on Obama’s watch.

Former CIA Director John Brennan has made several appearances on television blasting Donald Trump in the most partisan way possible.

Brennan went so far as to call Trump’s conduct “treasonous.”

This was years after the release of Nikita Khrushchev’s secret speech decrying Joseph Stalin and confirming the existence of the gulags, a reality some leftists still deny to this day.

Montclair State professor Grover Furr said in a lecture, “I have spent many years researching this and similar questions and I have yet to find one crime that Stalin committed.”

Voting for a candidate who literally wanted to subvert the American Constitution and serve at the pleasure of the Soviet Union is alarming.

Young radicals often grow out of that ideology, but many 1960s and ‘70s radicals seamlessly merged into the Democratic Party without ever renouncing their previous views, then rose into positions of prominence over the years.

That raises the question: how much did they really change?

In graduate school, Brennan wrote a thesis that trumpeted the virtues of censorship.

He wrote, “Since the press can play such an influential role in determining the perceptions of the masses, I am in favor of some degree of government censorship.”

Brennan rose up the ranks of the intelligence community and became one of Obama’s top advisors on foreign policy and counter-terrorism.

In 2011, Brennan spoke at an event regarding foreign policy and said of drone strikes, “I can say that the types of operations…that the U.S. has been involved in, in the counter-terrorism realm, that nearly for the past year there hasn’t been a single collateral death because of the exceptional proficiency, precision of the capabilities that we’ve been able to develop.”

However, that contradicted information that confirmed 42 people had been killed in a drone strike in Pakistan.

Despite Brennan’s prevarication, Obama elevated him to Director of the CIA.

Soon after, the CIA began spying on members of the Senate who were looking into CIA practices regarding drone strikes and torture methods.

Democratic Senator Dianne Feinstein made a scathing statement criticizing the CIA for not only spying, but intimidating members of Congress by triggering investigations and leaking information to the media as part of a smear campaign.

He told Andrea Mitchell of NBC News in a 2014 interview, “As far as the allegations of the CIA hacking into Senators’ computers, nothing could be further from the truth. We wouldn’t do that. That’s beyond the scope of reason in terms of what we would do.”

It turns out the CIA was spying on members of the Senate.

Not only is this a blatant Fourth Amendment violation, it goes far beyond the scope of the CIA.

The CIA’s purview is foreign affairs; they’re barred from running operations within the United States.

Brennan issued an apology, but Obama amazingly allowed him to remain as CIA director despite a colossal breach of trust.

If spying on members of the Senate isn’t a scandalous, fireable offense, one wonders what is.

Is This Awful Globalist Plan To Impose Martial Law About To Come To America?

California Is Doing A Shocking Trial Run On Compelled Speech